The NFL free agency period has been exhilarating up to this point. With headlines coming nearly every day involving Stars in new places, Drama queens losing their jobs, and heartbreaking cuts, the offseason has not disappointed. Here we will take a look at some of the biggest personnel changes that will be on display next season for some of the top teams in the NFL.

T.J Ward – DB – 4 years, $23 million : A run plugging safety who is a highly underrated defensive stalwart. His contract is reasonable for the amount of production he was able to contribute last year. T.J will definitely complement his other main Denver acquisition, Aqib Talib. 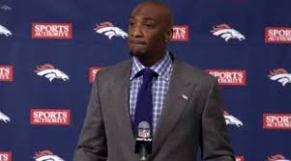 Aqib Talib – DB – 6 years $55 million : Another Pro Bowl addition for the Denver secondary can never hurt right? Talib was a shutdown corner for New England last year.  after being traded to NE in 2012, Talib has been a household name for top 5 corners in the league. After signing a Six year deal worth $55 Million, I am sure he will have some extra motivation. 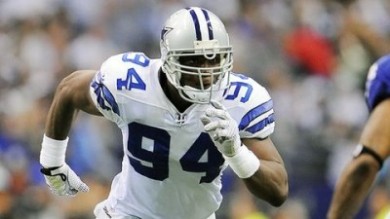 Demarcus Ware – DE – 3 years $30 million: The long time Cowboy cornerstone is now a member of Manning’s Broncos, and it is looking good for him in Denver. Paired with Von Miller, the Denver front line will be very strong in the 2014-2015 season. Now teams facing the Broncos will have to worry about sacking their quarterback and preventing their own from suffering the same fate.

Emmanuel Sanders – WR – 3 years ,$15 million: the loss of Eric Decker left a hole at WR that Sanders can fill nicely. Despite some controversy on who he actually signed a deal with, Sanders finds himself on a dream destination for WRs.

Eric Decker- WR – NYJ: A key component of the Denver offense the last few seasons, Eric Decker jumped for the money in NJ, joining the Jets. His numbers are sure to suffer a hit despite being the clear cut #1 option, since Michael Vick will be his qb. Overall this was the best move financially for Decker since Denver could not afford this type of contract, but Eric’s days of winning may be coming to a close.

Champ Bailey- CB – FA : A shame would be one way to put how Champ Bailey ended up not on the Broncos roster for the upcoming season. Injuries, poor play, and a hefty contract all led to this longtime Bronco being cut. Right now it looks like retirement may be the likely option for Champ.

Dominic Rodgers-Cromartie DB – NYG: similar to the Eric Decker situation, DRC commanded too much money for the Broncos to pay. DRC finds himself now with the Giants, looking to capitalize off the Giants good offseason with the addition of Walter Thurmond as well.

Wesley Woodyard LB – TEN : An elite LB last year, the loss of Woodyard could end up being the biggest loss this season for the Broncos due to the lack of depth in LBs.

Knownshon Moreno RB – FA : A surprising breakout campaign last year that saw him being the Fantasy Football gem for most of the year has unsurprisingly led to a lot of Free Agent interest this offseason. Just kidding. Knowshon’s only known suitor now seems to be the Miami Dolphins and, although that is a near perfect fit, this must come as a shock to Moreno. He played well all of last season and is now left with nothing to show for it. 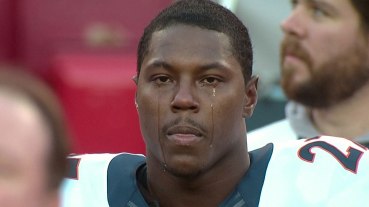 Michael Bennett – DE – 4 year, $28.5 million: The Seahawks were able to retain one major player from their league leading defense last year. That player was Michael Bennett. Bennett is a huge body to have on the defensive front.

These other defensive losses will all weaken the Seahawks, as well as losing out on Jared Allen sweepstakes.

Golden Tate – WR – DET : Tate seems to have gotten all he wanted from Seattle, as he took his ring and bolted to Detroit to fly with Calvin Johnson. The Seahawks are pretty deep at WR, and although they may lose out on star power and kick returning, this move won’t cost them nearly as much as the defensive losses.

Roman Harper – DB – 2 years, $4.5 million and Antoine Cason – DB – 1 year, $795k : These 2 additions desperately drag the Panthers secondary out of the cage of incompetence their roster held previously. These 2 players have great experience as well as production to be capitalized on.

Steve Smith – WR – BAL : There was no one in the State of North Carolina that did not crawl into a ball and cry (or have a similar reaction to this kid) when they saw the news. This move to cut Steve Smith for cap room was poorly executed by the front office, no matter if it was the right move to make. Now with Smith on a 3 year deal with the Ravens and the Panthers paper thin at receiver, this move is not looking like a huge success.

Captain Munnerlyn – DB – MIN: Another poorly done move by the front office left no. 1 cornerback for the Panthers last year Captain Munnerlyn confused as to why they did not offer him a new contract. The answer is still unknown. Now a Viking, the Panthers traded youth and leadership for Roman Harper and Antoine Cason.

(I know I said top teams in the NFL and Oakland was everything but that this past year, but with the offseason they have had, it is looking like they may be one this next season.)

Matt Schaub – QB – 1 year left on 4 year, $62 Million deal : Matt Schaub sucked last year. He showed incompetence in nearly every facet of Quarterbacking. But that was just last year. The years before showed him play well for a once Super Bowl favorite Texans team led by himself, Arian Foster, and Andre Johnson. Now with the Oakland Raiders and a good supporting cast around him, Matt Schaub has an opportunity to prove to us all once again he is ( or is not)  a viable starting QB in the NFL. 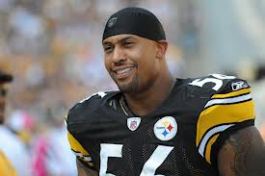 These new acquisitions, drawing for the strong defenses of Pittsburgh, New York, and Houston, have the Raiders headed in the right direction. These players have all showcased their ability in the past to be show-stoppers on defense, and that is exactly what the front office in Oakland brought them in for. With these guys, the Raiders Defense may be as scary as some of their fans.

James Jones – WR – 3 years, $10 million : Upgrading the receiving core vastly, James Jones will finally have a chance to get the yardage to match up with the huge amount of TDs he has been catching the last few seasons.

Rashad Jennings – RB – NYG : The first RB mentioned on this list is Rashad Jennings, bolting for the NYG, to see if he can out do injury prone halfback David Wilson. The loss of Rashad is countered by the Raiders by resigning Darren McFadden to a new 1 year deal.

All contract stats courtesy of http://www.spotrac.com