Whether you’re for or against it, the idea of advertisements in the National Basketball Association is inevitable. Adam Silver recently moved the NBA Logo from the upper chest to the back over the name and number. While some believe this is a style move, Paul Lukas from Uni-Watch explained that this was a strategic move to open space for future advertisements. 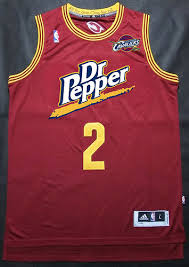 With professional soccer, kit brands and sponsors have provided additional revenue for clubs to improve stadiums, youth organizations, or the area surrounding. I don’t see why it would hinder the brand of the NBA to allow that. With the growing use of sleeved basketball jerseys, this has given increased space to place sponsors. While we don’t know how much sponsors will pay for jersey space, it is expected to be in the range of $10 million. With the recent signing of a TV deal with Turner Sports, the NBA would sell advertisements on jersey for the 2017 All-Star game.

After asking the Amar’e Stoudemire, he believes that the current athlete endorsements may provide conflict with jersey sponsors. Some guys got deals that are outside the NBA,” he said. “You have an exclusive deal, which means you have to stay exclusive to that particular company.” I don’t see that being a major problem. With FC Barcelona, Nike pays Barcelona $37,388,550.00 million per season to sponsor their jerseys and training gear, but their star Lionel Messi dons the Adidas logo on his cleats. Adidas pays Messi roughly $50 million per year to wear the boots.

In terms of valuation, the richest NBA club is nearly $2 billion behind the richest football club. The ability to have their own kit brand and kit sponsor would allow the NBA to shorten the gap. There’s no secret, basketball is becoming a world game.The world champion San Antonio Spurs were primarily made up of international talent such as Tim Duncan, Tony Parker, Patty Mills, and Manu Ginobilli. FIBA has become increasingly competitive. The United States has dominated in these competitions due to their development of basketball talent. But countries such as Serbia, France, and China are really starting to turn out talent which will make world competition much more enjoyable and marketable.

It would be silly for the teams not to profit off of this. Nike would be able to sponsor certain teams, Under Armour would sponsor some, Adidas would sponsor others as well. It would create competition, which would result in a price increase. Who doesn’t love more money?