As the 2015 professional football season comes to its conclusion, campaigns for Most Valuable Player are in full swing. Offensive players often dominate the MVP vote as 97% of previous winners played on the offensive side of the football.

Sports Blogs have all made a case for the 2015 MVP frontrunners – Cam Newton, Tom Brady, and Carson Palmer. While these quarterbacks deserve the praise they’ve received, there is a man who has been omitted from lists, blogs, and the minds of sports fans. He stands at 6’1 and 305 pounds and has quietly become the best defensive anchor in the National Football League. His name is Aaron Donald.

Where did he come from?

Rivals gave Donald a 3-star rating and he was given scholarship offers from Pittsburgh, Akron, Rutgers & Toledo. He ultimately decided to stay close to home, signing with the Pitt Panthers in 2009.

Donald spent the 2010 season perfecting his technique, agility, and added 25 pounds of muscle to his traditionally undersized frame. Over this season, Donald became the main focus for opposing Offensive Coordinators. Due to once being so overlooked, Aaron Donald trained and played with an incentive to prove that he is a true game-changer.

Over the course of these next three seasons, Donald became one of most productive defensive tackles in college football history. 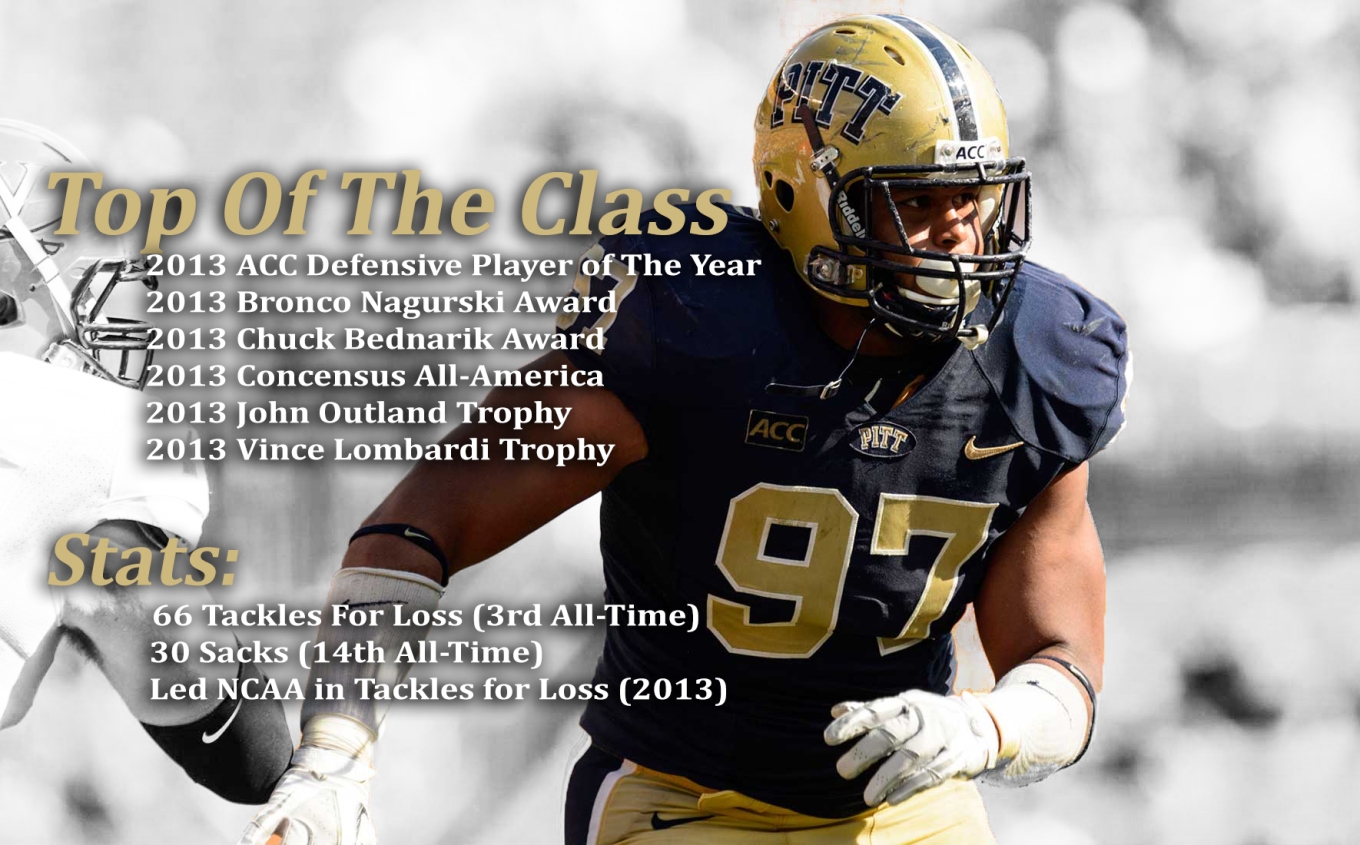 At the 2014 NFL Scouting Combine, Donald displayed the intangibles that led to his dominance as a collegiate athlete. He displayed speed  (40 yards in 4.68 seconds), agility (7.11 3 Cone Drill)  and strength (35 Reps, Bench Press). These were all combine bests for a defensive linemen.

Despite the excellent numbers and a college career filled with accomplishments, there were still doubters. Mike Mayock said, ” Marginal height and frame is nearly maxed out. Overpowered in the run game and ground up by double teams. Gets snared and controlled by bigger, longer blockers. Has some tweener traits — lacks ideal length and bend to play outside.”

In the 2014 NFL Draft, the St. Louis (Los Angeles) Rams acquired Aaron Donald with the 13th overall pick. He joined a defensive line already filled with All-Pro talent such as Robert Quinn, William Hayes & Jake Long. While most rookies would struggle, Donald thrived under the immense pressure.

During his rookie campaign, Donald jumped straight into the starting lineup and had no signs of decline since his success at the collegiate level. Donald had nine sacks, two forced fumbles and was named AP Defensive Rookie of The Year.

In 2015, we would see Donald take his craft to new heights.

That’s the only word that can be described when discussing Donald this season. He was incredible in 2015 and has shown why his reputation as a defensive stalwart is growing.

While only finishing with eleven sacks and 44 tackles, his impact measures far beyond the box score.

ProFootballFocus named Donald as their Best Player in the NFL (Dwight Stephenson Award). (Based on an athlete’s productivity, PFF gives players an combined score based on their single-season production. ( 0 as the Worst, 100 as Best)) Donald finished the season with a 99.9 cumulative grade, based on run and pass defense situations. This was the highest rating ever provided for any position, for any year, by the website.

If Aaron Donald truly is one of the defensive tackles in NFL history, why are his performances yet to be recognized? Here I’ll be dissecting his recent performance versus the Detroit Lions.

(Annotations of my breakdown will not load on mobile)

If you have any comments, questions or future players you want me to break-down, please feel free to leave a comment or tweet at me.