With the NBA Trade Deadline quickly approaching, some teams are looking for upgrades in preparation for the playoffs, while others are looking to sell of veterans for salary dumps and rebuilds.

So far this season, the narratives have been much of the same. The Cleveland Cavaliers’ continue to struggle against the Warriors and the Los Angeles Clippers continue to succeed with Blake Griffin absent from the starting lineup, making even the top of the contender lists in each conference (excluding the Spurs and Warriors) tempted to make some big moves in February.

There are several teams on the verge of a playoff push such as the Boston Celtics and the Atlanta Hawks.

Their mindset is simple: Every franchise wants to build a roster good enough to dethrone the Warriors. It has to be the goal. Right now, the Warriors are set to become the best team in NBA history and set 0ff a dynasty that will rest in the history books as one of the greatest ever.

They might not be unbeatable, but is there a team that can beat them in a seven game series? Probably not. There are several candidates, like the Cavaliers and the Spurs, but both of them failed miserably last time they faced against the Warriors.

The Oklahoma City Thunder, Los Angeles Clippers, and Toronto Raptors have a chance, but can they make the necessary moves to contend for a championship?

Right now there are ten teams paying the luxury tax (team salary over $83.7mil) and nine of them are playoff teams.

Do not be surprised if the Celtics, Hawks, or the Grizzlies make some bold moves before the deadline this year, possibly dangling their luxury tax-less souls over the fire for the chance at a run.

Ever since the Big Three (Kevin Garnett, Paul Pierce, and Ray Allen) fell apart, the Celtics have been in a prime position to build a roster centered around a young core and superstar talent.

They have a strong roster and plenty of depth in every position that leaves their highest paid player, David Lee, getting less than 10 minutes a game.

David Lee is still an excellent trade piece. He is currently in the last year of his contract and is still is capable of putting up double-double numbers every game depending on his playing time. They  have Tyler Zeller who would not hurt any team’s cap space and is a decent role player, or Kelly Olynyk who could spread the floor with his 3-point shooting ability, to dangle as trade bait as well.

The Celtics have expressed interest in Jeff Teague and Al Horford, and a deal between the two squads could be possible. Jeff Teague has not played his best basketball lately ,and if the Hawks do not plan to resign Horford after this season may as well try to get something from him. A Celtics-Hawks blockbuster that sees either Teague or Horford, or both, don the Green and White would shake up the Eastern conference playoff race.

The Hawks have struggled on perimeter especially due to Kyle Korver and Jeff Teague being liabilities on defense. With Korver shooting just 38% in 2016 (compared to 49% in 2015) from long range, his declining efficiency is hurting the Hawks success from last year.

Jeff Teague has not been much better, being the most inefficient scorer on the team out of the players in the rotation. He ranks 37th in RPM (real Plus-Minus), and the Teague-Schroeder combination has not worked out like Mike Budenholzer expectedthis season.

Teague’s contract does not expire until after 2016/2017 season, but he would make the Boston Celtics much better when paired with Isaiah Thomas in the frontcourt. I could not imagine the Celtics giving away Thomas for Teague and Horford. However, a trade including the unprotected Brooklyn pick, Kelly Olynyk, David Lee, and another pick for Horford and Teague would not be bad for either team.

Teague might be talented, but letting Dennis Schroeder play as the lone point guard would foster Schroeder’s development as a leader and bring two or three first round picks for next year. These would help fill the gaps they would be losing with Teague and Horford.

Olynyk is a good replacement. He can play defense and extend the floor with his range which could help the Hawks who lack many solid three point shooters.

The Hawks may not receive the best from this trade but it provides time to rebuild. Even if they give away Teague and Horford and get David Lee they still have enough cap space to grab Mike Conley if they want to who would be looking for $15-$20 mil.

With this lineup the Celtics would be much more dangerous for this season. Even though Horford’s contract ends they would still have enough money to resign him to a long-term deal and still keep Evan Turner if they so please.

For them, it should be about trying to make a run this year. This would help of their lack of scoring ability and not having to let Isaiah Thomas take around 20 shots a game. Also, Thomas might be a good scorer but being only 5’9″ limits his defensive ability which could limit any chance of the Teague-Thomas combo late in games.

Thomas shouldn’t be playing late in games anyway unless Teague is having a bad night. Look at the Pistons for example, with Reggie Jackson starting and Brandon Jennings coming off the bench to score and boost the bench scoring. Thomas would thrive under that role just like he did in Phoenix before he was traded.

I think it is important to note that the Hawks could still compete for a playoff spot with this deal. Sure they lose two franchise cornerstones, but sliding David Lee, Kelly Olynyk, or Tiago Splitter in at center and moving Schroeder to the starting point guard spot could see them still win enough games to hold on to their fourth spot in the East. With David Lee, Kent Bazemore, Mike Scott, Tim Hardaway Jr., and Thabo Sefolosha coming off the bench, the team could still make noise in the wide open east. 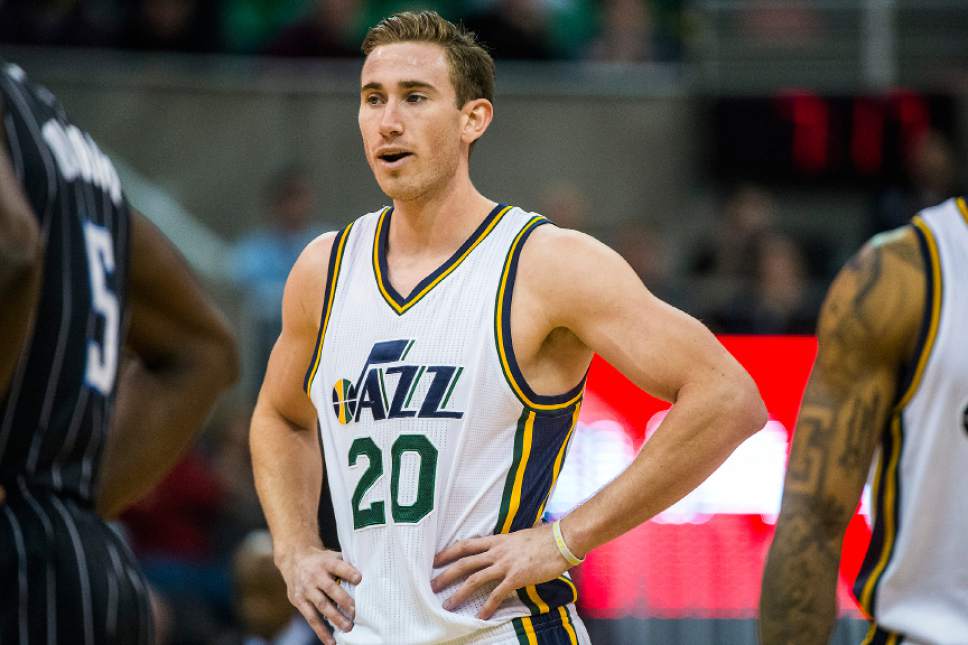 With the Grizzlies, Mike Conley has tremendous trade value and with his contract expiring after this year maybe the Grizzlies can scoop up something for him if he does indeed choose to bolt in free agency.

The Grizz could keep him and resign him, but they have other guys like Chalmers and Jeff Green that are hitting the market that they might want to keep, and Conley hasn’t taken them to the next level yet despite being a top point guard. After all, Chalmers has been really good with Conley out of the lineup.

It’s possible they can thrive without him. A perfect trade for them could be doing a Conley-Hayward swap with the Jazz with some other small pieces involved. The Jazz have needed a point guard this season with Dante Exum hurt and Rodney Hood seems to be taking minutes away from Hayward late in games anyway.

The only issue is Hayward is the only guy the Jazz have secured long term, and even with all their cap space for next year, they could have issues resigning Gobert and Exum long term after their rookie deals expire.

With Conley they might not even need to worry about resiging Exum since Conley is a top 10 point guard in the NBA and could even boost the team into the playoffs this year.

Both the Grizzlies and the Jazz need to look towards the future. Grizzlies have had the same core lineup for almost four years and have not had very much tangible success. The Jazz are definitely a win now team but with all their injuries this season that might be something they could be looking to build a win now team for next year with a core of Conley, Favors, and Gobert which could be one of the best defensive teams in the league. 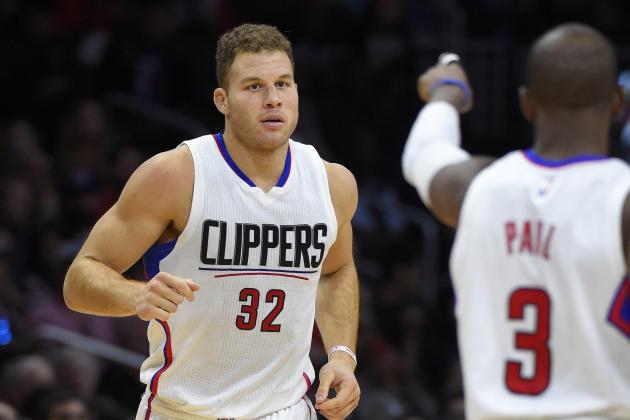 This deadline will be defined by what happens to Blake Griffin and Kevin Love. I would keep these guys on my roster, though.

The Cavaliers problems were not with Love and his defense, but with David Blatt and his inability to gain respect from the players and utilize the best of their talents. His offense was not really that clever, especially when he would run Love at the five but never have him post up and primarily shoot 3s on a pick-and-pop screen with LeBron.

Kevin Love is a top 15 player in the NBA. It seems that people forgot that he averaged 26 PPG, 12 RPG, and 4 APG with the Timberwolves. Of course his numbers have dropped. He is playing with LeBron and is seeking a championship rather than the All-Star appearances.

If the Cavaliers would want to do any trades, they would see who they can get for Varejao or Mozgov who are taking up almost $15 mil of cap space to be role players at most. With Tyronn Lue’s new style of fast pace offense I doubt Mozgov can keep up.

The Blake Griffin situation does not seem to be as an easy of a decision. The Clippers’ problems are not with Griffin but with their horrific bench. With Josh Smith gone and Paul Pierce a liability on defense, the Clippers are limited especially with Griffin out until right before the playoffs.

The Clippers are 14-3 without Griffin, but there is no way that the Clippers get past the Thunder, Warriors, or Spurs without him. Griffin is probably the one guy that could give them an advantage against Golden State since Golden State has to play small and Griffin and Jordan can bully the Warriors down low.

Both of these guys could be an alert for Boston though as a potential spot. The Celtics have to make some type of attempt to grab one of these big names before the deadline or they will have missed out on a huge opportunity to successfully build a NBA Championship contender team.

Both these players are extremely talented, the only issue is are they going to help win a championship? If the Clippers and Cavaliers want to be contenders then they should keep them.

There are a lot of things that could happen at this trade deadline. I doubt that the Jazz would not be reluctant to give away their best player especially for how important wings that can shoot and defend are in the NBA today but that trade can benefit them. However Conley is a top tier point guard, and Teague can make a good team like the Celtics into a great one.

6 thoughts on “Who is Getting Shipped, Who is Staying Put At NBA Trade Deadline? Blake Griffin, Jeff Teague, & More” Leave a comment ›

My Tweets
Verse Gaming Blog Who is Getting Shipped, Who is Staying Put At NBA Trade Deadline? Blake Griffin, Jeff Teague, & More
Loading Comments...
%d bloggers like this: