This article is a part of the Take Notice Column. This column serves to bring the attention of the reader to a new, unique, and / or radical point of view from the author. To view other Take Notice pieces, click here.

Everyone has an opinion on “one and dones” in college basketball. It’s one of the hottest debate topics in sports right now. Many have strong feelings regarding the continued growth of the practice. Some believe that it’s just a part of the modern game while others think it’s ruining college basketball. In my eyes, as long as the NBA requires at least one year of college ball, we will always have the debate about one and dones.

Kentucky popularized this strategy of bringing in elite high school talent for one year and then allowing the freshmen to declare for the NBA Draft. Theoretically, it’s a win-win for both sides. The college coach is given the opportunity to lead his team deep into the tournament with a handful of skilled freshmen, even if only for a year, and the players are taking the quickest possible route to the NBA, where they are due to receive multi-million dollar contracts.

There’s no denying that there are some clear benefits associated with one and dones, but I’m not going to discuss why we should eliminate one and dones or argue that the NBA should change their eligibility standards.

I want to talk about one and dones, as a group, and question the impact they are going to have on basketball collectively, five, ten, or even twenty years down the road.

The most important thing to note about one and dones is that we are witnessing the first era in basketball history with them (which, to me, is pretty cool). I mean, we haven’t even used the term “one and done” for a decade yet. There are no stats available for us to project the long-term impact of one and dones on the NBA. Right now, the most widely known one and dones (John Wall, DeMarcus Cousins, Kevin Durant, etc.) aren’t even in their thirties. We don’t know what’s going to happen to the NBA after another ten years of freshmen leaving college early. We’ve never experienced anything quite like this in the history of the sport. 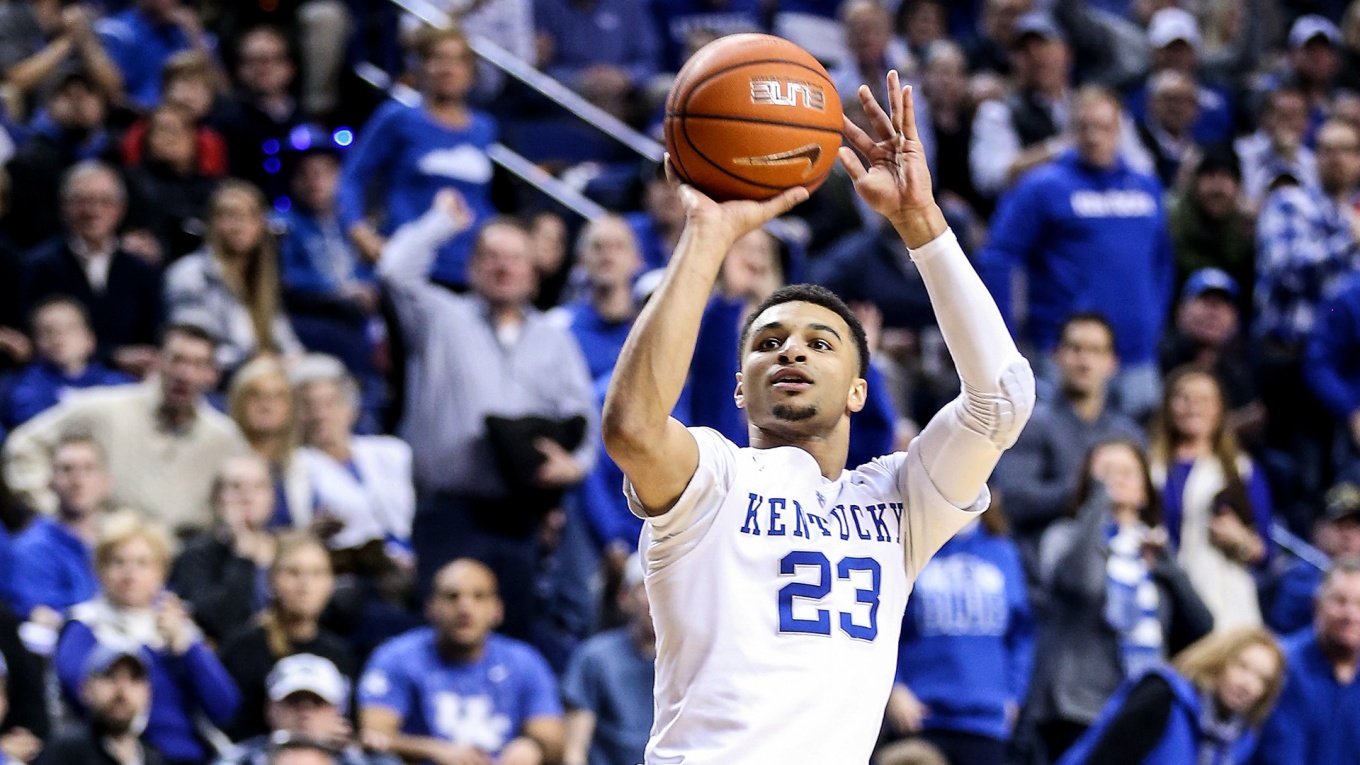 Each year, more and more underclassmen are opting out of four years of college and heading straight to the league. My goal is to decipher what’s in store for the NBA after this one and done trend continues for a while.

Essentially I’m asking these questions:
Will NBA starting lineups consist of primarily players in their early twenties?
Will the stock of a one and done fall once the league is full of one and dones?
Will general managers start to look for other things besides just a raw athlete with potential?
Will more players be tempted to stay all four years if experience becomes more of a factor in the drafting process?
If more one and dones aren’t successful, will players return to playing all four years?
And lastly, are we entering a vicious cycle in which the draft status of one and dones is constantly fluctuating?

So I want to set up a little scenario to serve as food for thought:

Let’s think about the future. It’s 2026. We’ve had ten more seasons of one and dones ruling college basketball. Kyrie Irving just retired, and Nerlens Noel just led the Sixers to the NBA Finals. Lineups consist almost entirely of 24 and 25-year-old players, but those guys are considered veterans. Those guys have been in the NBA for five years already since they entered the draft as one and dones.

The role of players in their early thirties is diminishing. Their main purpose is to act as a mentor for all the one and dones, not necessarily rack up playing time. The 2026 NBA Draft is coming up and general managers are beginning to question their drafting strategies. What’s the value of a 19-year-old guard if you already have a seasoned starter in the NBA at age 23? Why risk taking an unproven teen when you have a solid, yet still young, 23-year-old already accustomed to playing at an NBA level? Should teams start looking for four-year college players who have proven themselves against worthy collegiate opponents? Does the cycle revert and one and dones are suddenly a thing of the past?

Certainly with more one and dones entering the league, more one and dones will earn starting jobs. On the opposite side of the spectrum, an influx of one and dones also provides for a larger amount of unsuccessful one and dones – busts. That means once a team has a roster of young studs and a few veteran guys to keep around the locker room, they will no longer see the need to fill roster spots with young players. It’s different in the modern game because we do have teams with aging players searching for young talent, but in the future, if a huge percentage of the league is still in their mid-twenties, no one will have the need to replenish their roster with teenagers. That could potentially result in fewer one and dones and more players staying for all four years, effectively reversing the one and done phenomenon.

Furthermore, teams will be less inclined to take risks on one and dones once they have filled out their roster with players in their early to mid-twenties. Teams are better off with guys that have proven themselves in the league at a young age than blowing a draft pick on a chance at a high caliber player. Teams may then start looking for guys who have proven themselves for multiple years in tougher conferences as opposed to taking a flyer on a freshman leaving early. Quite frankly, the debate over a one and done or a proven senior is going on today (Ex: Brice Johnson or Cheick Diallo), but to a different extent. More teams today are willing to reach for a one and done than one of the hypothetical teams full of young players.

This could be the path we are headed for. More young players in the draft, more young players in starting lineups, and maybe a rise in the stock of four year players once all is said and done. No one really knows with any certainty what the NBA will look like after another decade or two of one and dones. Was my scenario a little dramatized? Yes. But is it possible? Absolutely.

Unfortunately, only time will grant us the answers to these questions. In the meantime, it looks like we’ll be stuck creating 2026 NBA mock drafts. What a time to be alive.