The timing was unusual, even for a country that sticks out in the footballing world like no other. But Sunil Gulati’s intentions behind holding a press conference the day of the biggest game in this cycle against Costa Rica were even more questionable.

Among other topics discussed, Gulati, the President of the United States Soccer Federation, warned that if results don’t improve, he would not be shy to move on from the polarizing Coach and Technical Director Jurgen Klinsmann. This came after a disappointing loss against Colombia, 2-0, in the Copa America Centenario opening game, followed by Klinsmann proclaiming that the US were “totally even” with the third-ranked team in the World. He’s nothing if not stubborn confident.

“There are things overall in his role as technical director that we think we’ve made good advances in,” Gulati said, when asked to respond to Jurgen’s lecture to the media about looking beyond just the result, “but we need to win games and we need to win games in competitive play.” Had Klinsmann and the US not earned a 4-0 win against Costa Rica that night – with the exact same lineup as faced Colombia – he might not have been here to manage against Paraguay.

Klinsmann has become a lightning-rod in many ways for the anger and frustration surrounding US Soccer since he took over in 2011. Why can’t we be the best in the world? Why can’t the best athletes play soccer? Why are we the only country to not fall head-over-heels for “the World’s game”? Yet despite his role as the face of US Soccer, the majority of the criticisms are unfair.

Klinsmann has long insisted that the best American players need to play in Europe to develop into world class players. For many US soccer fans, Klinsmann’s vendetta against the MLS is confounding. He surely has the foresight to knows that the development of the national team to an elite level is directly tied to the development of its domestic league. Yet in other ways it’s understandable for him to not really worry about the health of US Soccer 20 years from now.

He coaches and is criticized based on results in four-year cycles, and that is why he wants his players to play and develop in other elite leagues. He knows that if he doesn’t maximize the talents of Deandre Yedlin (Sunderland), John Brooks (Hertha BSC), Christian Pulisic (Dortmund), Bobby Wood (Union Berlin), Geoff Cameron (Stoke City), Julian Green (Hamburg), Matt Miazga (Chelsea), and others, he won’t have a job in four years. And that is where the chicken-and-egg-like conundrum continues to bother fans. While long-term success partially hinges on a sustainably successful domestic league, no manager – Jurgen Klinsmann especially – wants, or should want, to sacrifice a generation of ripe talent for that experiment.

It’s not his job to travel the States convincing talented 10-year-old basketball players to play soccer. Unlike the vast majority 30+ countries ranked higher than the US in the world rankings, soccer is not our first sport. Or second. Or third. Or probably even fourth. There’s a sports culture embedded in our society that is no place of Klinsmann’s to actively change, if he even could.

It’s not his job to tell you what you want to hear. He talks to the media like a mother talks to a toddler, and it bothers them. He’s brash, arrogant, elitist in his soccer knowledge, even Jose Mourinho-esque, but though it would be nice, Klinsmann has no responsibility to adhere to our unwritten American media rules.

It’s not his job to be the American soccer messiah that too many expect to arrive.

It is, however, his job to get results – the results that Gulati so eagerly craves. And this might be where the biggest disconnect between his public perception and reality is. Klinsmann is 49-14-24 overall as manager, which is certainly inflated by the CONCACAF competition. But his 56% win percentage is the highest since Nat Agar (who?!) in 1925-26, who managed a grand total of three matches.

He escaped a group of death with Germany (the eventual winner), Portugal (9th in the World Rankings at the time), and Ghana (the bugaboo that neither Bruce Arena nor Bob Bradley could solve in their World Cups); and was a Chris Wondolowski tap-in away from escaping a talent-rich Belgium squad in the round of 16. The positive nature of these results were clouded by a widely unpopular decision to leave USMNT legend Landon Donovan home.

The results since have been admittedly mixed; not qualifying for the Olympics (which is on his watch as a technical director, but not as a manager), a road loss to Guatemala in 2018 World Cup qualifying, a Gold Cup semifinal loss to Jamaica, then followed by a loss to Mexico in the CONCACAF Cup, were all black marks on his resume. 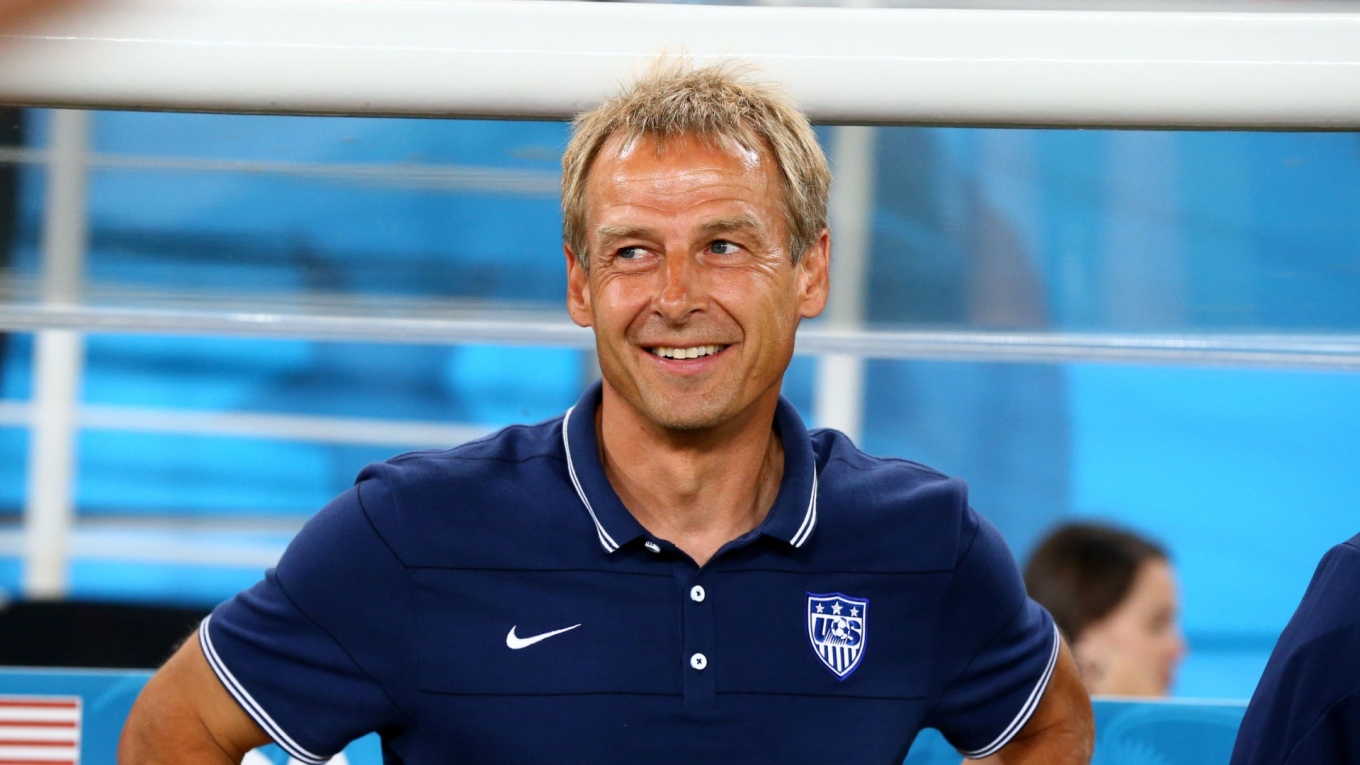 Klinsmann cannot be entirely immune to some of the criticism for those results and for some procedural details, either. Continuing to play Fabian Johnson – arguably the best left-mid in the Bundesliga(!) and easily the most technically gifted player on the USMNT – at left back is an inexcusable crime. Up 3-0 on Costa Rica late in the second half, Klinsmann decided to bring on the great triumvirate of “fan favorites” Graham Zusi, Chris Wondolowski, and Kyle Beckerman (combined age: 96) over perhaps giving valuable, major-tournament minutes to guys like Darlington Nagbe, Christian Pulisic, Perry Kitchen, Steve Birnbaum (aka “Jewish Messi”), etc., who are all under the age of 25.

Yet these minor warts on his resume and media witch-hunt against Klinsmann mar the fact that he succeeded in getting a positive result in the World Cup just a year after being hired, has continued to attract bright foreign talent, perhaps has the most technically talented group of young players in US history, and has coached the current squad to a form that has earned a matchup with Argentina in the Copa America semifinals.

“There’s areas where I think we’ve done well, and areas where we haven’t,” Gulati said, “but what I often say – and you guys have heard me say this – in terms of results on the field, it’s not a linear path. It’s not just straight.” Maybe it’s time to stop dwelling on the bumps in the road and start giving Klinsmann his due credit for navigating that path and bringing the national team to a better place than it was in five years ago.