This article is a part of the Take Notice Column. This column serves to bring the attention of the reader to a new, unique, and / or radical point of view from the author. To view other Take Notice pieces, click here.

Has there even ever been one? The answer, truthfully, is not just yet.

Throughout professional basketball history, there have been many great players at the point guard position, household names that you bought their All Star jersey of.

Guys like Magic Johnson, Isiah Thomas, John Stockton, and Jason Kidd echo as some of the greatest point guards ever. Even nowadays players like Chris Paul, Stephen Curry, Russell Westbrook, and Kyrie Irving look to put themselves in the upper echelon of the greatest point guards to step onto the hardwood. Now, there have been many more incredible point guards to play the game, but when considering what the perfect point guard should look like, it is important to get a good look from different generations of guards.

Now, imagining the qualities in a perfect point guard is not exactly rocket science. Obviously traits like passing/running an offense and shooting (brought on by the recent onslaught of 3-point shooters) are a must. However, there are other lesser-known traits that could prove just as important.

Scoring has been a big part of every position, however shooting the ball is a different category entirely. Shooting the ball is actually something that has come around relatively recently in the NBA (since the mid 90’s). Back in the 80’s and early 90’s shooting the 3-ball was not really a large portion of a player’s offensive arsenal. Players like Magic and Isiah Thomas did not really use outside shooting as a means of dominating the game. With guys like Stockton and Kidd, the percentage started to creep up into the high 30’s and low 40’s but without as many attempts as today’s players.

However, nowadays it is almost a necessity (with very few exceptions, such as Russell Westbrook) that a strong shooter be present in an All-Star point guard. Now, guys like Curry, Irving and Paul combine quality with quantity, shooting the ball with incredible accuracy while also letting it fly 0ver 4.5 times per game. This trait will be a lot easier to find now because of the stressed importance of 3-point shooting.

Shooting aside, essentially the most important part of the hall-of-fame point guard job requirement is the ability to effectively run an offense and dish out pinpoint-accurate passes. Thankfully, practically every great point guard of every generation has been able to effectively run an offense. While some players’ actual numbers are not as high (yes, we’re talking about you Kyrie), everyone from old to new has been able to deliver accurate passes while being the leader of their offense. This quality will most likely be the easiest to find in future NBA stars.

One of the lesser known qualities in great point guards is rebounding. I know what you’re thinking, “you don’t need your point guard trying to get rebounds, that’s what big men are for.”

Now that may be true to an extent, but it is important to know that any trait that can aid a player is needed. While the overwhelming majority of point guards do not really excel at rebounding, there are several who have used it to their advantage. Guys like Magic, Kidd, and even Westbrook come to mind. Jason Kidd is the all time leader in rebounding among point guards with 8725 rebounds. Magic was a 6’9 point guard who would use his height to out-rebound almost everyone on the court. And while Westbrook has not always been the rebounding phenom he has been in recent years, his strength and athleticism has helped him so much that this upcoming season he may become the first player since Oscar Robertson to average a triple-double. Again, while rebounding may not be a necessary skill for success, future point guards who can effectively rebound will have a leg up on their competition. 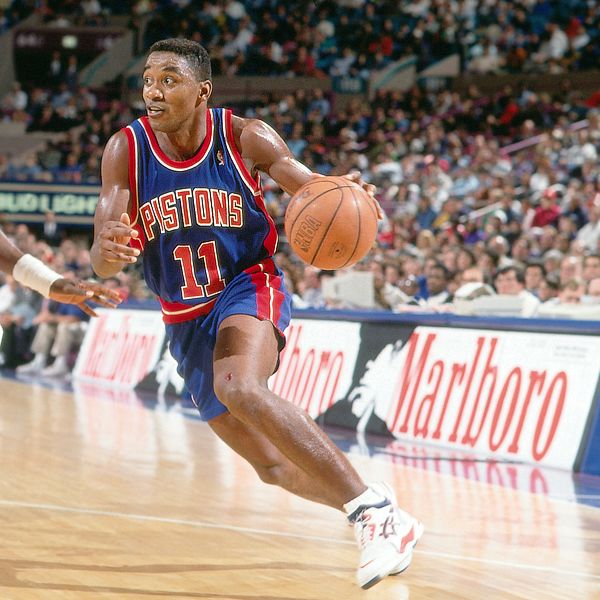 Defense has always been a very underappreciated quality among great point guards. Many past point guards such as Magic and Isiah Thomas were known to be great defenders, primarily because of their length, solid basketball IQ, and instincts. Those qualities can very much be seen in some players in recent years and today, such as Kidd and Paul. There are also other defenders that rely on not just instincts, but quickness and strength (ex. the tough and smothering defense of Russell Westbrook. While the two styles of defenses are rather different, they both rely on high defensive IQ and instincts to succeed. In essence, it does not necessarily matter if a future great point guard is more power or finesse as long as he can effectively defend.

Again, we have had many great point guards pass through this league, and some that have yet to finish. Yet somehow, despite all of the excellence and well-rounded players we’ve had, no one has been able to combine every single trait listed here.

However, there is a young UCLA freshman by the name of Lonzo Ball that may very well combine all of these traits. Along with his brothers LiAngelo and LaMelo, he comprised a Chino Hills Basketball squad that was without a doubt the number one team in the entire state of California the past few seasons. During his senior year, he averaged 24 points, 11.5 rebounds, 11.5 assists, 5 steals, 2 blocks, and only 2.5 turnovers. His great all around stat sheet was also a very efficient as he shot 54% from the field, 36% from behind the arc, and over 80% from the free throw line. Obviously he has a long way to go and tougher competition to face, but if the past is any indication, the 6-6 Lonzo Ball could be a player unlike any we have ever seen before.

It very well may be that finding the perfect point guard just won’t ever happen. But with players getting better and better each and every year, we very may well see a player come about with Magic’s size, Curry’s 3-point shooting, Westbrook’s intensity, Thomas’ defense, and Stockton’s playmaking.